As you know, Google said they would investigate the complaints around Google Maps spam with garage door installation and maintenance companies. Well, Danny Sullivan from Google said “we should see some improvements” around this in the “very near future.”

Danny said on Twitter on Friday “I think we should see some improvements to better deal with this coming in the very near future.”

This is after Joy Hawkins pointed out even more spammy fake businesses listed in Google Maps. She said “Garage door spam on Google Maps is out of control. I just looked at a SERP where 4/20 of the top listings were real businesses.” She even shared this example: 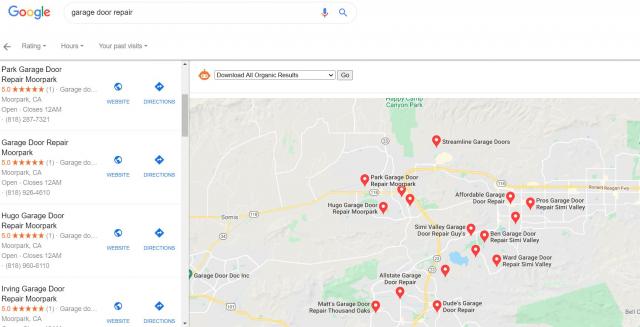 Here is how Danny responded:

Yep. We’re aware. I passed along earlier feedback, and I think we should see some improvements to better deal with this coming in the very near future.

And sorry for the headline; it is a big corny but was too easy not to write. That is why I went with the GIF, they headline and GIF go too well together.