Google has brought back the Twitter carousel in the Google search results last night. It was removed after Twitter had an embarrassing hack back on July 15th or so. Four days later, Google brought back the feature after doing a security review on its end. I reported this last night on Search Engine Land after checking for it often throughout the past few days.

Here you can see my tweets (including my tweet from last night that it is back) in the Twitter carousel on Google search: 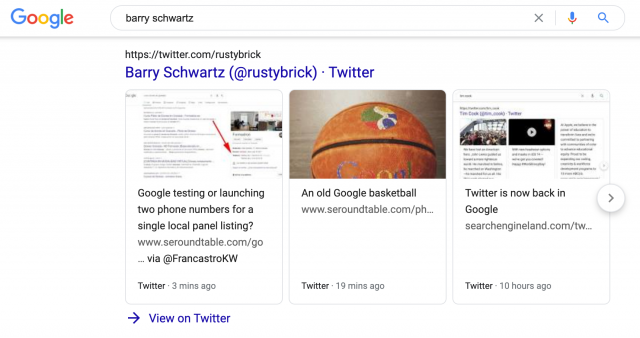 Before, it was not there.

Google told us when they removed it “We can confirm we have temporarily removed the Twitter carousel from Search following Twitter’s security issues. Before restoring the feature we will carry out a careful review.” Now I guess all is good there?

Both RankRanger and SEMRush show the Twitter carousel is back to normal:

Brodie Clark noticed this super early as well, he actually tweeted a few minutes before I hit publish on Search Engine Land.